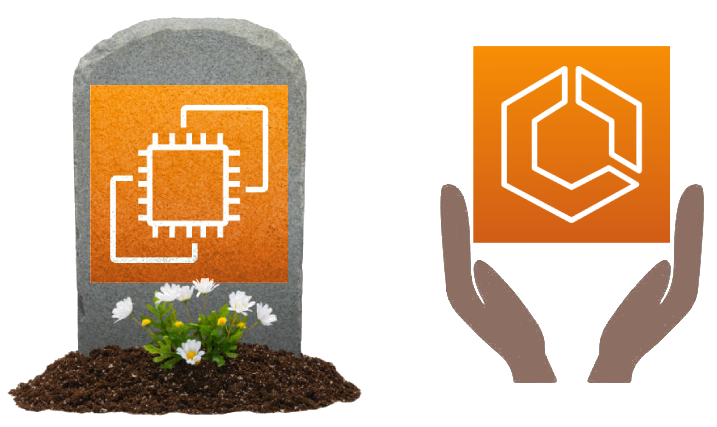 For a long time now most container based workloads and projects I have worked with have needed EC2 Bastion hosts for various reasons; as Fargate in particular has expanded features and general functionality those needs for an EC2 bastion hosts have been in decline.

One of the biggest use-cases has been tunneling through or proxying to services only accessible to the workloads running in container workloads using the -L SSH argument. like accessing a backend RDS instance. 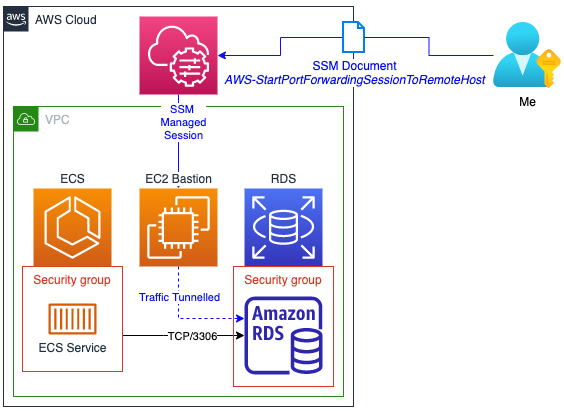 Up until late 2022 it was possible to connect to a Fargate container in much the same way using ECS Exec (when it works) or using the Systems Manager ssm start-session commands. ECS Exec just intermittently rejects connections and for a while AWS support’s advice was to use SSM directly.

When a container is being run within Fargate there is an agent added automatically and the SSM document support is based on this version.

One of the major things I would need to be able to cease using EC2 Bastion Hosts would be this tunneling functionality, the SSM agent baked in to the layer AWS injects has been stuck at 3.1.1260 dated April 2022 https://github.com/aws/amazon-ssm-agent/releases/tag/3.1.1732.0.

This agent from April has support for the AWS-StartPortForwardingSession SSM document, this allows you to forward connection to another device. Like using a container to pass your SSM connection over to another server…….like another Bastion Host (yo dog, i heard you like….etc etc). But it doesn’t support the AWS-StartPortForwardingSessionToRemoteHostdocument which I would need for the main use-case.

For that I need the 3.1.1374.0 release, dated May 2022, as it supports the AWS-StartPortForwardingSessionToRemoteHost document which is what we would need to replace this final hurdle for my EC2 based Bastion hosts.

Until at least November 2022 every container I spun up continued to have that April release basked in, that is until I checked again this week, its finally moved on and I can now tunnel through a container running in Fargate to manage other services like this: 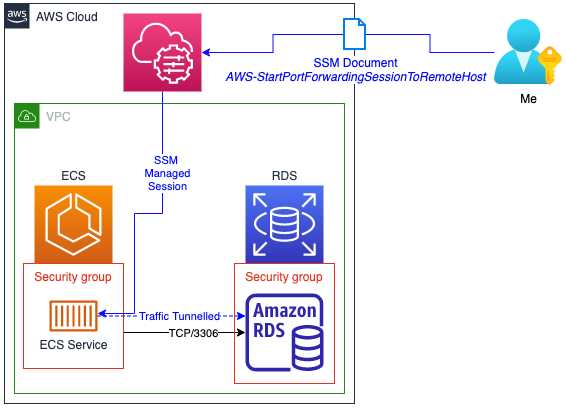 If you would like to test this out, I’ve put together a Terraform repo with the basics to create a single Fargate container with an RDS instance and everything else necessary to test the port forwarding in a semi-realistic scenario (obviously its not fit for production use). Source code here: https://github.com/n3rden/tf-fargate-rds-ssm-port-forward

This will spin up billable services to the tune of <$15 p/m (excluding free tier). So for a couple of hours to experiment you should be looking at around few of dollars tops. https://calculator.aws/#/estimate?id=1df2d8940113fe82dad6ffcdfe0581dfacbdf4c6

I’ve deployed the infrastructure, now what?

Firstly set up a couple of variables, one for the name of the ECS cluster, one for the RDS instance endpoint. Both of these should be in the outputs from the Terraform above.

Then we need to build a ’target’ reference; unlike everything else in the AWS ecosystem, this construct seems poorly imagined and inconsistent with other services, its built from ecs:${cluster-name}_${task-id}_${container-runtime-id} see https://github.com/aws/amazon-ssm-agent/issues/361 for more

Or tunnel through it! (if you have a local MySQL server or tcp/3306 consumed by something else, change the localPortNumber

You can now connect to 127.0.0.1:3306 with your database workbench of choice. Here i’ve connected, create a table and a couple of rows in the main database the Terraform initialised in the RDS cluster. 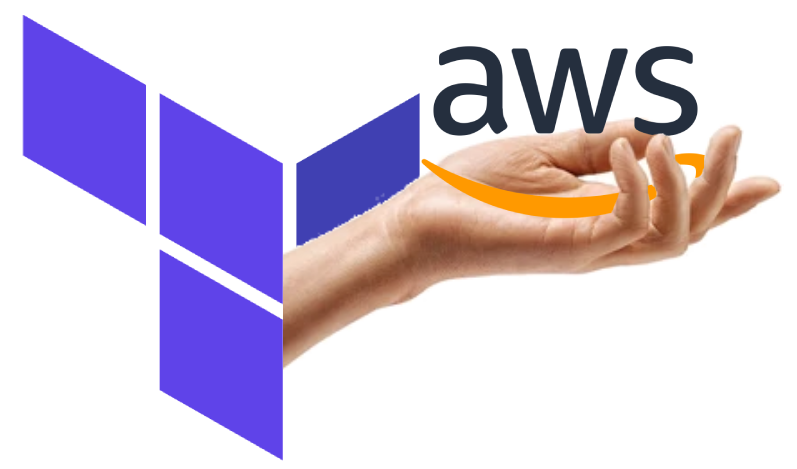